iMAAP in Himachal Pradesh: Software that is saving lives 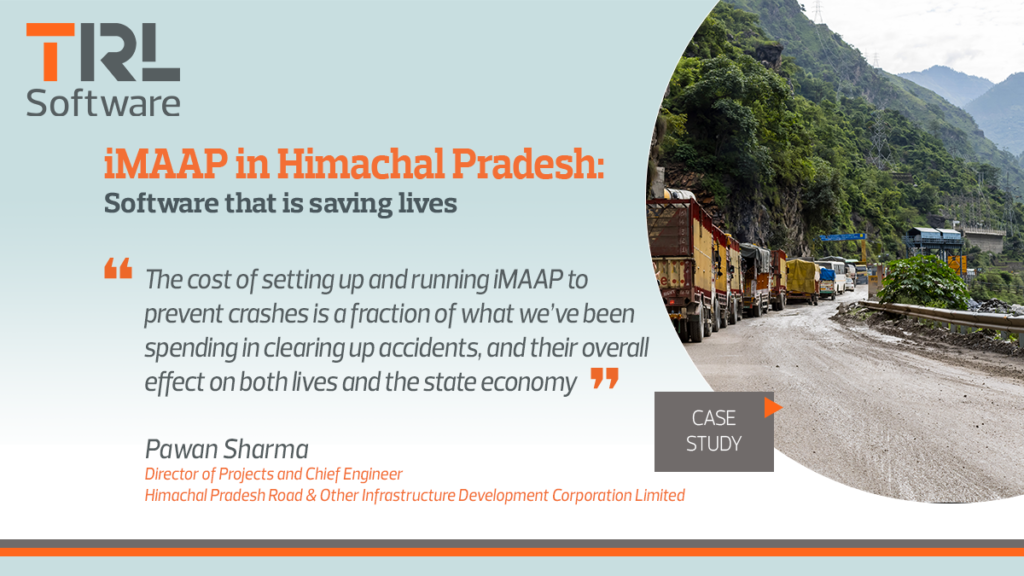 India’s road network is considered to be the most dangerous in the world. Several Indian states are actively seeking to minimise the loss of life on their roads, including the progressive northern mountain state of Himachal Pradesh which, despite its relatively small population, has one of the country’s worst road death rates at nearly 16 people per 100,000 of its population (compared to a national average of 11.5). This is where TRL Software comes in.  In our latest case study case, Pawan Sharma, Director of Projects, and chief engineer for the government-owned Himachal Pradesh Road & Other Infrastructure Development Corporation Limited (HPRIDC) shares details on how iMAAP, TRL’s cloud based accident analysis software system is making Himachal Pradesh extensive road network safer.