Join Road Safety Experts, Dr John Fletcher and Tony Mathew as they discuss how the crash data system in Himachal Pradesh was implemented successfully. TRL are now working on a major project to trial safety approaches in the State – the crash data will form the basis for this undertaking. Tony will talk through the setup project and give specific insights and learnings derived from analysing the crash data. John will talk about how the data can lead directly to the formulation of more effective, targeted Safe System based strategies and actions.

Low and Middle Income Countries (LMICs) are still lacking knowledge of effective safety countermeasures which work for their road conditions and user patterns. This is despite a large number of donor supported road safety pilot corridor projects funded to date. This is in major part due a lack of good quality data and sustainable crash data systems in LMICs. This needs to be major aim of the UN Safe System ‘management pillar’ in all countries and also a focus for the Regional Road Safety Observatories being developed currently. Ultimately, investing to setup stable crash data systems will save both lives and money; providing evidence for road safety stakeholders to invest where there is the maximum scope for reducing KSI’s per dollar spent rather than just ‘guestimating’ in the worst case scenario.

In 2015, Himachal Pradesh implemented TRL’s Road Crash Data Management System, iMAAP; going from paper to a cloud hosted system and crash data collection using a mobile app. This provided more accurate data with better detail, giving access to records in near real time. Himachal Pradesh now has the capability to analyse road crashes comprehensively, repeatably and more rapidly. This is a major advantage for organising efforts to reduce Killed and Seriously Injured casualties (KSIs) which affect all states and countries increasingly as they develop economically. 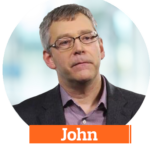 With more than 26 years of experience working with Governments, Police and private organisations across the globe, he has had a strong focus over his whole career at TRL on crash data system. On their development, deployment and also analysis use and application to support development of effective road safety actions.

He has also had input into the development of iRAP Star Rating over the past 15 years, he leads TRL’s iRAP Centre of Excellence and holds a seat on the iRAP ‘Global Technical Committee’. His recent work has focussed on speed management, the development of Safety Performance Functions for road authorities and also Road Safety Strategy and casualty reduction target development, all linked to the Safe System and Vision Zero approach. 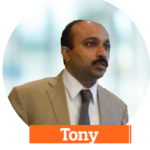 Focusing on bringing high value solutions, Tony has a strong engineering focus and uses the latest technology to adapt to the needs of the client. Recent projects include implementing TRL’s crash data management system iMAAP in Himachal Pradesh, developing an evidence based traffic safety enforcement plan and strategy for Government of Kerala and implementing TRL’s Road Asset Management System iROADS for condition data-led management of road network in Kerala.

UTC: Putting the User Back in Charge

Smarter Cities: What Comes Next?

Recording Crash Data: A platform for Government and Police

Priority Intersections: How to Get the Most from Your Design

MOVA: Back to Basics

Cluster Analysis: Are you truly capitalising the value of your data?

Junctions 10: The Next Step in Junction Design

Exploratory Data Analysis and When Things Get Interesting

Hands on with Junctions 10

Improving the Journey: How to get the most from SCOOT®

Exploratory Data Analysis and When Things Get Interesting Part 2

Better Together: Collaborative Working with the Alan Turing Institute