Based on three decades of research and development by TRL, ARCADY is used to predict capacities, queues, deltas and accident risk at roundabouts. An easy-to-use tool for the busy traffic professional wanting to design new roundabouts and assess the effects of modifying existing sites. Available as a Roundabout module in Junctions 9. 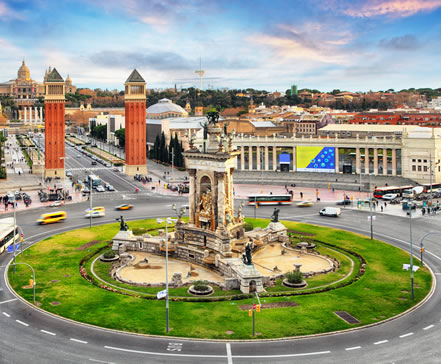 ARCADY has been successfully used to design and improve a number of roundabouts throughout the world. It has a host of satisfied customers including governments, multinational organisations and academic institutions. Its simple and intuitive interface means that it can be used effectively by everyone, in a relatively short space of time.

First introduced in ARCADY 8, the Lane Simulation tool allows simple simulation of individual lanes to be performed on existing ARCADY models. The user can quickly see where unbalanced queuing may occur and if lane starvation may take place. The simulation takes into account the geometric layout of the roundabout, turning proportions and user-specified lane designations. Lane movements can then be altered easily using the roundabout diagram to explore and identify the optimum lane configuration.

If combined with the OSCADY module, it is possible to set up and model part signalised roundabouts, including signals on circulating lanes.

Please click here for details of other new features introduced in ARCADY 9.

Windows XP or above

Please note, a valid Student ID will be required before your purchase is complete.