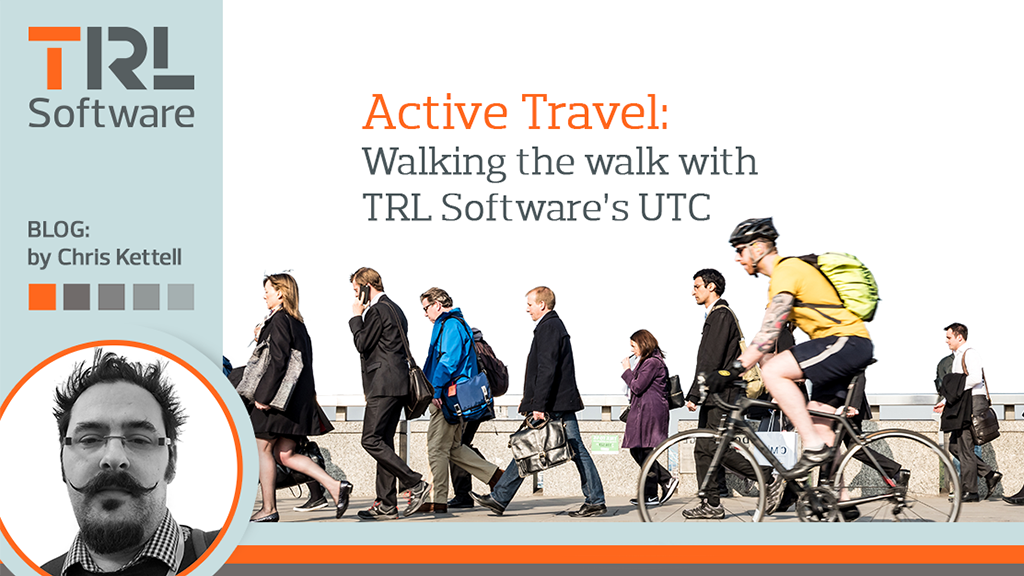 Transport remains the UK’s largest emitting sector for greenhouse gases, representing 27% of the UK’s annual carbon emissions. We need to change the mindset and the approach to both public and private transport to hit the country’s net-zero targets.

Local authorities are increasingly encouraging walking, cycling and a greater use of public transport in order to improve public health and meet emissions targets, but are sometimes unsure of how best to achieve this. Fortunately, TRL Software’s innovative Urban Traffic Control (UTC) system has been designed with active travel fully in mind – meaning its users can ‘walk the walk’ as well as talk the talk when it comes to healthier, greener transportation.

“Traditional approaches to urban traffic management have tended to revolve around the outdated idea that ‘the car is king’, or that the success of a city’s transport network can simply be measured in terms of how long car drivers are kept waiting at red lights,” says TRL Software chief technologist Chris Kettell.

“But that sort of approach just doesn’t cut it anymore in the world of new mobility, where the focus is on the quality of travel – moving around in a manner that is more comfortable, more efficient, healthier and greener – rather than concentrating on one increasingly antiquated mode of transport.”

TRL Software’s UTC interface is underpinned by the world-leading SCOOT® 7 traffic management system that is currently helping to keep vehicles moving in more than 350 towns and cities around the globe. But the latest version of the software is about much more than the flow of vehicles.

The flexibility of the software means it can be used to examine all sorts of different ideas on how to improve active transport in a particular location before modelling the hypothesis and then trialling it in the real world.

“It’s an evidence-based approach that allows local authorities to come to us with a particular issue that they want to tackle or improve. We can then use the technology embedded within UTC to try out different hypotheses, which is far better than the approach often taken in the past where an authority would spend millions on new road infrastructure, for example, and find that it had no effect on the problem they were looking to solve.”

Cost is, in fact, one of the major benefits for local authorities who use UTC to advance their active travel ambitions. Since the system has been designed with multi-modal transport in mind, no costly add-ons are required in terms of extra software modules. Since UTC is fully configurable with existing hardware, there is also usually no need to instal additional equipment.

“It’s a data-led approach rather than being device-dependent,” Kettell says. “This means that local authorities don’t have to come to us with a blank cheque, worrying about what equipment they need to buy or what additional services they have to subscribe to. Instead, they can just have a conversation with us about what they are doing already, what they would like to achieve, and what sort of ‘levers’ we can help them to pull in order to reach those targets.

“The modelling capabilities of UTC would also give them a good idea of what is possible before they decide to proceed, so it’s a really efficient way of assessing which interventions would be the most impactful while also offering the best return on investment.”

To find out more about TRL Software’s Urban Traffic Control system and how it could promote more active travel in your location, drop us a line at hellosoftware@trl.co.uk